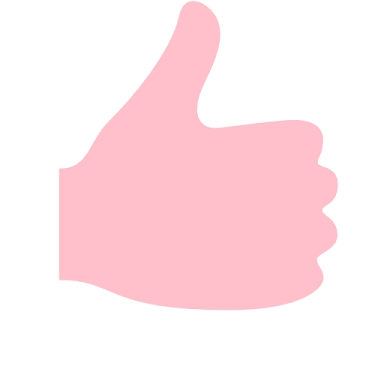 Seyi and his 2 year old son Lami arrived yesterday. Seyi is the man that started Eko Samba in 2011 and divides his time between London and Lagos, and it’s his house on Ibasa that we’ve been staying in. He was born in London as his parents lived in Hackney but they moved back to Nigeria when he was very young, buying land and building a house in Ijegun Egba, next to Satellite Town. I’d written previously about the history and formation of Satellite Town (I said it was an offshoot of Festac, the town formed after the 1977 Festival of Arts and Culture) but had got it wrong, so here is the corrected version!

Satellite Town was built by the Nigerian Government when Lagos was the capital city. Built during the oil boom 50 odd years ago, it housed white collar workers and Civil Servants – middle class Nigerians. The Banks, Police and Navy all had estates for their workers. Ijegun Egba was an off shoot town from Satellite, and largely housed working class Nigerians. Children from Ijegun went to the same schools as children from Satellite so a lot of Ijegun children were teased for their poorer background. The oil boom ended, workers left Satellite and now both Satellite Town and Ijegun are basically the same. I don’t feel entirely comfortable using the word ghetto but there is a marked difference between Satellite Town and Lagos Island, Ikeja, Victoria Island and other parts of Lagos. Everybody in Eko Samba is from Satellite, apart from one lad who lives in Ikorodu. It’s a perfect place for a Samba band.

There’s a new terminal being built at Lagos airport that looks half finished to me. The Chinese are building it and the contractors are China Civil. I found this in an article from 2013:

‘Nigeria and China yesterday signed several loans and and eight Memoranda of Understanding in Beijing, China, as well as a $500 million dollar loan for construction of the four new international airport terminals in Abuna and three other states. The other three locations for new international terminals are Lagos, Port Harcourt and Kano. Chinese Construction giant, China Civil Engineering Corporation (CCECC) which will handle the contracts, assured it will deliver the four new airport terminals in March 2015’.

There’s been a change of Goverment since so I wonder if that has anything to do with missing the deadline. Although I have also read elsewhere that Nigerians working for CCECC have been protesting at poor working conditions – automatic wage deductions for a Union that doesn’t represent them appropriately and they get no days off at all. Another example of the stitch up I mentioned previously.

I booked the next leg of my West Africa trip, finally. With no Visa needed for Senegal, I’m going to spend 3 weeks in Dakar from this Wednesday. It’s the only country here that I’ve looked at that doesn’t need a Visa to enter, so I’d like to find out why. My initial plans, somewhat naively now, were to travel over land through the countries up from Lagos and end up in Dakar before flying back. It’s just not possible as a British Citizen without Visas for every single place. This isn’t a moan though, I can always come back another time can’t I!

It’s been a lovely couple of days with the new dynamic in the house of Seyi and Lami being around. He’s a lovely kid and I like that Lami is an anagram of my name. On the way to rehearsal Seyi and I discussed the mentality of people, particularly in Africa, regarding slavery and the movement of people and culture. We spoke of the customs that survived and became different forms of the same thing – Vodou in Haiti, Candomble in Brasil, Santeria in Cuba – and the birth of modern music from Blues to Jazz to Funk to Soul to all the others having roots in Africa. He spoke about not wanting to think of it as slavery – he wants it to be classed as a movement. He saw a play in London where 3 of the deities planned the movement of their people across the Atlantic and a light went off in his head. It’s an exercise in regaining some power over the story and not the perpetuation of guilt and victimisation. He gave me an analogy – there was a study recently that found millions of grains of sand from the Sahara make their way over the Atlantic via wind and feed the plants in the Amazon. It’s a powerful image.

This has been a topic of interest for me for years, having played and been in love with Afro-Brasilian music and culture for so long. A couple of years ago I asked a question, put rather crudely, to my friend and full-time legend Charlie when I interviewed him for a radio documentary about the history of the Clave – where would we be without slavery? Whilst worded poorly, the gist of the question was asking if these resulting cultures and movements and musical styles would have happened regardless. Both Charlie then, and Seyi today, reckon that it would have done, just with a different timescale. I’m inclined to agree with them. People will always travel.

I rustled up another dinner last night. It’s good to keep a room of Nigerians happy with a Vegan Curry. The bars of Milka in the fridge don’t last very long. If you ever see a bar of Strawberry Yoghurt Milka, get one, it’s cosmic. We’ve got electricity today too, which is nice. I got a reply from Ginger Baker the other day too after I sent him a Facebook message about my trip and him being an inspiration behind this bit of it. ‘Thanks for your message’ he said, with a thumbs up. Cracking!

This is a text widget. The Text Widget allows you to add text or HTML to your sidebar. You can use a text widget to display text, links, images, HTML, or a combination of these. Edit them in the Widget section of the Customizer.
<span>%d</span> bloggers like this: