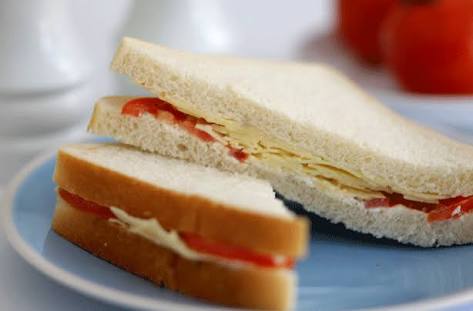 ​I returned from Osogbo with a bit of viral conjuctivitis in both eyes. In West Africa it’s called ‘Apollo’ because the first cases, in Ghana, were in 1969 when man was apparently on the moon. When we were waiting for the bus to leave Osogbo on Sunday morning, a bloke was going on in Yoruba about how I’d contracted it because I’d looked somebody in the eye who had it and a good solution was to chop onions. Really it was because both my pairs of shades had broken and we spent hours on dusty roads. But we got some eyedrops and wipes this week and it’s almost gone now already. I looked like I was on the end of 12 rounds in a boxing ring on Monday.

It’s dry season here so it isn’t raining very much, and when it does rain it dries quickly. It often seems to rain at night when it does rain. Often from about 8 or 9pm onwards, the skies are lit up with bright white flashes of lightning on the horizon. It rained on Monday and we had a little bit this afternoon, so it helps the dust a lot. Lagos is filthy at the best of times so all sorts of muck flies about in to your eyes and mouth and wherever else.

On our mission to get some new sunglasses on Monday I saw my first and currently only female bus driver I’ve seen in Nigeria. Ojo says there are 3 around. Public Transport here starts with the Okada, then a small tricycle motorbike with 3 covered seats, then these small 8 seater (including driver) minivans. Somebody can buy a van (sometimes on higher purchase, sometimes outright) and become a bus driver, once they’ve registered with the union for road transport. They’ll have a designated route and are ready to go. After that you’ve got your bigger buses and coaches. Nearly every vehicle on the road is public transport, if it isn’t a stinking great Oil Lorry.

As the Western world collapses in on itself, life carries on as usual in Lagos and there’s been nothing said of Trump at all here really. My friend and full time legend Poushali told me about a Prophet here called TB Joshua who had made the news recently. His pre-result Social Media prophesy was “10 days ago I saw the President of America with a narrow win. In order to not keep you in suspense, what I frankly saw was a woman”.

He has since deleted the Facebook post, then re-posted it after the backlash became too much. He’s had 4 days of Nigerians labelling him a sham but some supporters still consider him a Prophet.

We’ve been trying to sort me out a Ghanaian Visa this week. I want to head over there for no more than 10 days, spending time in Accra and seeing the Slave Forts in Cape Coast. The free movement of people around West Africa is much more difficult that it should be. We had a cracking Indian curry on Wednesday night with Daryn and he’s helping immensely with sorting it out for me. He said that you’d like to think that being developing countries, they’d be flinging the doors open here and encouraging people to come over. But Visas that require invitation letters, exorbitant fees, bureaucratic nonsense etc mean that it’s the King of all Faffs. I wanted to go to Senegal as well but it’ll just have to wait I think. Plus I only have a single entry for Nigeria so I’ll need to do it all again to get back in! It’s more than worth it but still an effort to do it all.

Also – my how nice it was to have an Indian curry (thank you Daryn!) And the Clipper English Breakfast Tea the next morning was cosmic! I do like the food here a lot though and am so lucky to have Ojo cooking. The man could run the best restaurant in Lagos. Saying that, I made him a cheese and tomato sandwich this week with some Irish Cheddar I’d bought. The bread here comes in your standard size loaf but tastes a bit like Brioche. It made for an excellent sandwich with some Lay’s crisps.

Nigeria, and I think much of West Africa, is plagued by constant power cuts. I asked Daryn why and he said that they simply don’t supply enough electricity. The yearly electricity given out for Nigeria wouldn’t even do London for a month. A whole country for a year! And I’ve only seen Lagos State and Osun State and these are big metropolis cities that eat electricity. The sound of the large chuntering generators firing up will be a lasting sound ingrained on my memory of my time here – not least the one right outside our window on the last night in Osogbo. It was deafening and we hardly slept. No wonder I had bloodshot eyes.

The people that run the electricity here were immortalised in a post-Fela Tony Allen song ‘N.E.P.A’ – Never Expect Power Always. It actually stood for National Electrical Power Authority. Their name now is PHCN – Power Holding Company of Nigeria. They are a law unto themselves and the island had a powercut for 8 days whilst they threatened people who hadn’t paid. Everyone has paid now and guess what – power cuts. It’s impossible to go a day without them. Even the swanky Indian restaurant had 3 I think.

Christmas is rearing its head. The large supermarket has a Santa playing Saxophone and tinsel everywhere. There are a few other places with decorations up too. I’m not sure if this time of year is significant in the traditional beliefs here but I shall try and find out. I think there would probably be something.

I’ve been here 4 weeks tomorrow and it’s been a wonderful time in Nigeria. I’ve been very lucky so far and I’m definitely ready to see another country for a little bit before coming back. I haven’t had a shave since I got here and I had a haircut this week. He trimmed my beard. I can’t grow hair on my cheeks so I had a sort of Craig David situation for 3 days. It’s fluffed out a bit again now.

Rehearsals have been fabulous as usual and I’m learning immeasurable amounts from playing with Eko Samba. I began to teach the band a modified Mestre Memeu beat on Wednesday and refined it today. It’s got Pernambuco vibes because it’s based on a Baiao and is different from your standard fare played by samba and samba reggae bands. Like ducks to water the boys played it perfectly and hopefully we can catch it on video on Monday so I can pop it up.

This is a text widget. The Text Widget allows you to add text or HTML to your sidebar. You can use a text widget to display text, links, images, HTML, or a combination of these. Edit them in the Widget section of the Customizer.
%d bloggers like this: