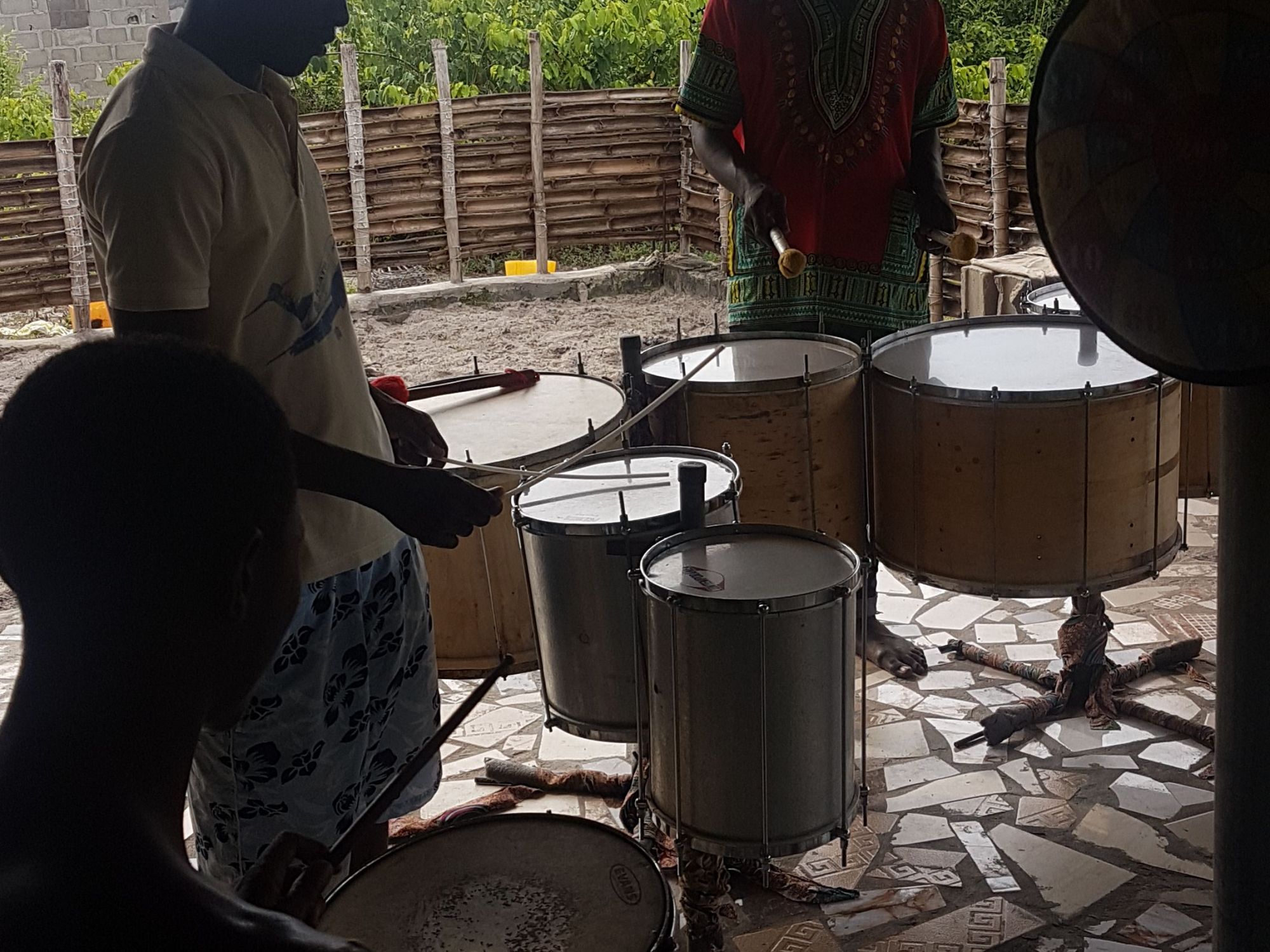 Woke up with an unannounced low mood yesterday, the first of the trip. I’d been having so much fun that I’d forgotten about it so it hit me quite hard. Hopefully it doesn’t stick around.

Despite this I still had a brilliant day, as is custom in the company of this group of people. Yesterday was a rehearsal in the house for Lagos Diaspora Band, an off shoot of Eko Samba that shares some members but plays a different repertoire. It’s more the Banda Show/Stage Band element of the project, but is seen as separate from Eko Samba. They played some great Maracatu arrangements, and even some Samba Reggae Afrobeat, one of which was put to Colonial Mentality by Fela Kuti. Being British the irony wasn’t lost on me. I filmed some of it:

At Notting Hill this year I followed Kinetika Bloco on the Sunday and they also do a Fela tune, Zombie.

I only caught a small part but it’s so cool to see Afrobeat done in a Bloco. It really works as well.

Rehearsal finished and we had dinner. There were rumblings of going for a swim but once we got to the water nobody got in. Instead Fortune got her camera out so I’ve attached some of her handywork.

We then walked everyone back to the jetty and it was so wonderful to see everyone buzzing so much after a great afternoon playing. This band and this music has changed these people’s lives, as it has for everyone involved in community music around the globe. You simply meet people you wouldn’t meet elsewhere and develop such strong bonds through sharing and experience. We’re all very lucky to have this in our lives – even if it did mean listening to yet more Church chat from Victory. I think we’re both winners.